Monica Amin joined the Marley Drug team in 2022, prior to which she held various roles in the pharmaceutical industry as a pharmacist. Monica holds a PharmD and is actively pursuing an MBA.
Oct 27, 2022

Monkeypox: What You Should Know

In 2003, there was a significant epidemic of monkeypox in the United States. As of the year 2022, almost all states across the nation have reported cases of monkeypox due to the ongoing outbreak.

The majority of those who contracted monkeypox in the past either resided in certain regions of central or western Africa had been there or had been exposed to diseased animals transported from such regions. The virus has been reported in individuals in several nations, including the U.S., during the 2022 outbreak.

How is monkeypox transmitted?

Similar to many other viruses, monkeypox is commonly transmitted by direct, in-person, skin-to-skin contact with an infected individual.

For example, by coming into direct contact with their bodily fluids, scabs, and/or rashes, by inhaling the virus when in close, continuous contact, and/or frequent personal interactions including kissing, hugging, massages, or through sexual intercourse.

Monkeypox can also be transmitted through contact with clothing, bedding, and/or towels that have been used by an infected individual. This type of transmission is most prevalent in public gyms. Additionally, direct contact with the blood, body fluids, or lesions of infected animals can result in animal-to-human (zoonotic) transfer.

For example, being bitten by or scratched by an infected animal and/or by preparing, consuming, or utilizing animal-derived products.

What are the signs and symptoms of monkeypox?

Monkeypox typically takes 6 to 13 days to develop, although it can take anywhere from 5 to 21 days for symptoms to appear. 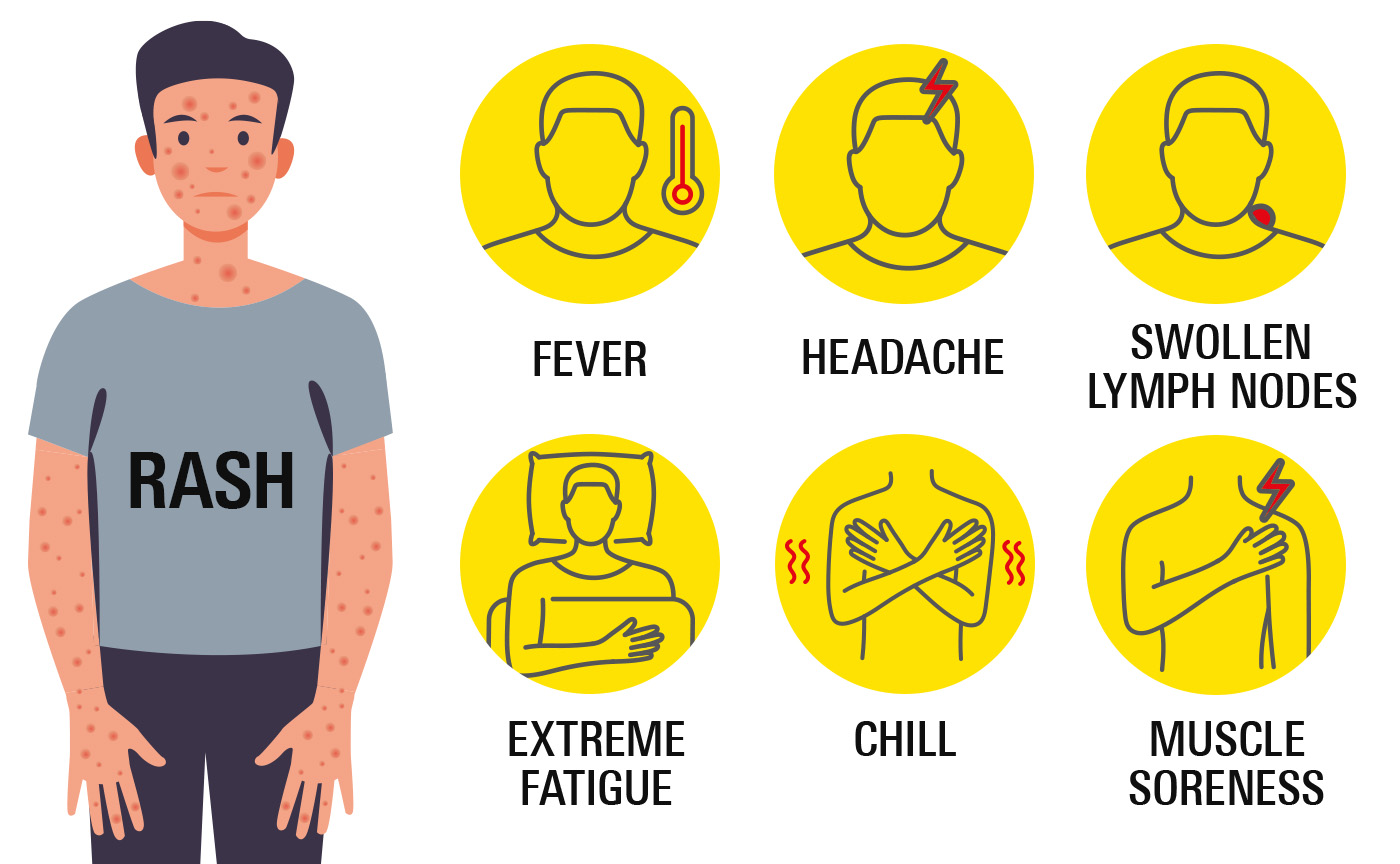 Until the rash has completely recovered, all scabs have come off, and a new layer of skin has emerged, an individual is still considered contagious. Normally, it takes 2–4 weeks to completely recover, or even longer in certain cases.

The symptoms of monkeypox often go away on their own in a few weeks, however, in 3–6% of cases documented in nations where it is prevalent, it can cause serious medical issues and even death.

Is there a vaccine for monkeypox?

Yes! Smallpox and monkeypox can both be avoided with the JYNNEOS vaccine (2-dose vaccine). Numerous observational studies have shown that the vaccine is approximately 85% effective at preventing monkeypox. Therefore, having received a vaccination before contracting the virus may also result in a milder illness.

Other treatment options for monkeypox

The most common treatment option for monkeypox is the prescription antiviral medication Tecovirimat (brand: TPOXX), which works by decreasing the amount of virus in your body.

TPOXX has only been approved for use in individuals with severe monkeypox or those who are at high risk of developing a serious illness, such as those with compromised immune systems or skin disorders including HIV and eczema.

Due to the lack of sufficient data on the safety and efficacy of TPOXX in treating monkeypox, it is still considered an investigational treatment for this specific disease.

How can I help prevent the spread of monkeypox?

The Case for Choosing Online Pharmacies and Marley Drug