Monica Amin joined the Marley Drug team in 2022, prior to which she held various roles in the pharmaceutical industry as a pharmacist. Monica holds a PharmD and is actively pursuing an MBA.
Aug 16, 2022

Each year, epilepsy affects an estimated 5 million people worldwide. Learn how to react to seizures in various circumstances and be equipped to deal with any situation.

What is a Seizure?

A seizure occurs when excitatory neurons produce a sudden surge of electrical activity in your brain. Your demeanor, movements, feelings, and levels of consciousness may all change as a result.

Seizures can be caused by temporary conditions such as fever (most common in children), infection, alcohol withdrawal, hypoglycemia (deficiency of glucose in your bloodstream), or electrolyte abnormalities; in these cases, treating the underlying cause stops the seizure.

Epilepsy, also referred to as a seizure disorder, is a brain disorder that causes chronic (long-term/ reoccurring) seizures. This condition consists of having 2 or more unprovoked seizures that occur more than 24 hours apart. There are various types of seizures, and multiple medications used to treat them. Seizure medications are called anti-epileptic drugs (AEDs) or anti-seizure medications (ASMs).

Not all seizures are the result of epilepsy. Although brain damage or a genetic predisposition may be related to seizures, the exact cause is frequently unknown.

Who is Affected by Epilepsy?

How Are Seizures Diagnosed?

Individuals with epilepsy are evaluated for the age of onset, seizure type, seizure frequency, description of witnessed seizure, identifiable causes or triggers, and a thorough neurologic (brain and brain function) exam.

The most common test used to diagnose epilepsy is an electroencephalogram (EEG), which records electrical activity in your brain. An EEG can show abnormal patterns even when the individual is not having a seizure.

Brain imaging with a CT or MRI can identify some conditions that can provoke seizures, including brain tumors or damage from a stroke.

What Are The Different Types of Seizures? 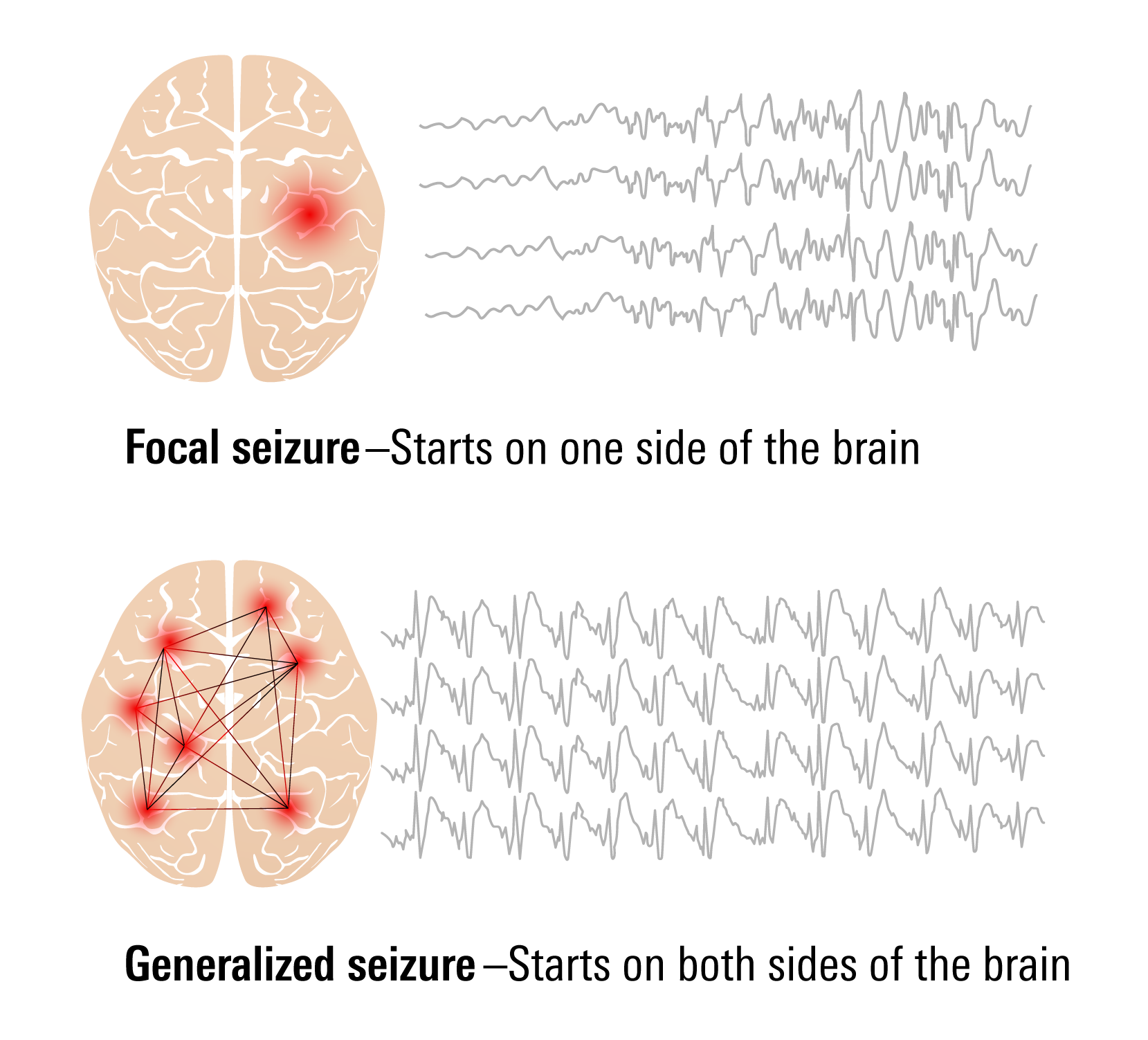 Seizure types are classified into 3 main types based on where the seizure starts in your brain:

Focal seizures, also referred to as partial seizures, start on one side of your brain but can spread to the other side.

An individual may initially have a few modest symptoms, known as an aura. You may have altered emotions or perceive impending events (premonition). A rising sensation in your stomach, similar to the feeling of riding on a rollercoaster, is what’s commonly described as an aura.

This type of seizure is further classified based on the individual’s awareness during the seizure:

Focal onset aware seizure: If a focal seizure results in no loss of consciousness, it is called a focal aware seizure.

The 6 types of generalized onset seizures include:

Seizures are classified as unknown onset seizures if the location of the beginning of the seizure is unknown. If no one witnesses or notices the onset of a seizure, as can be the case when it occurs at night or in a person who lives alone, it may also be referred to as an unknown onset. 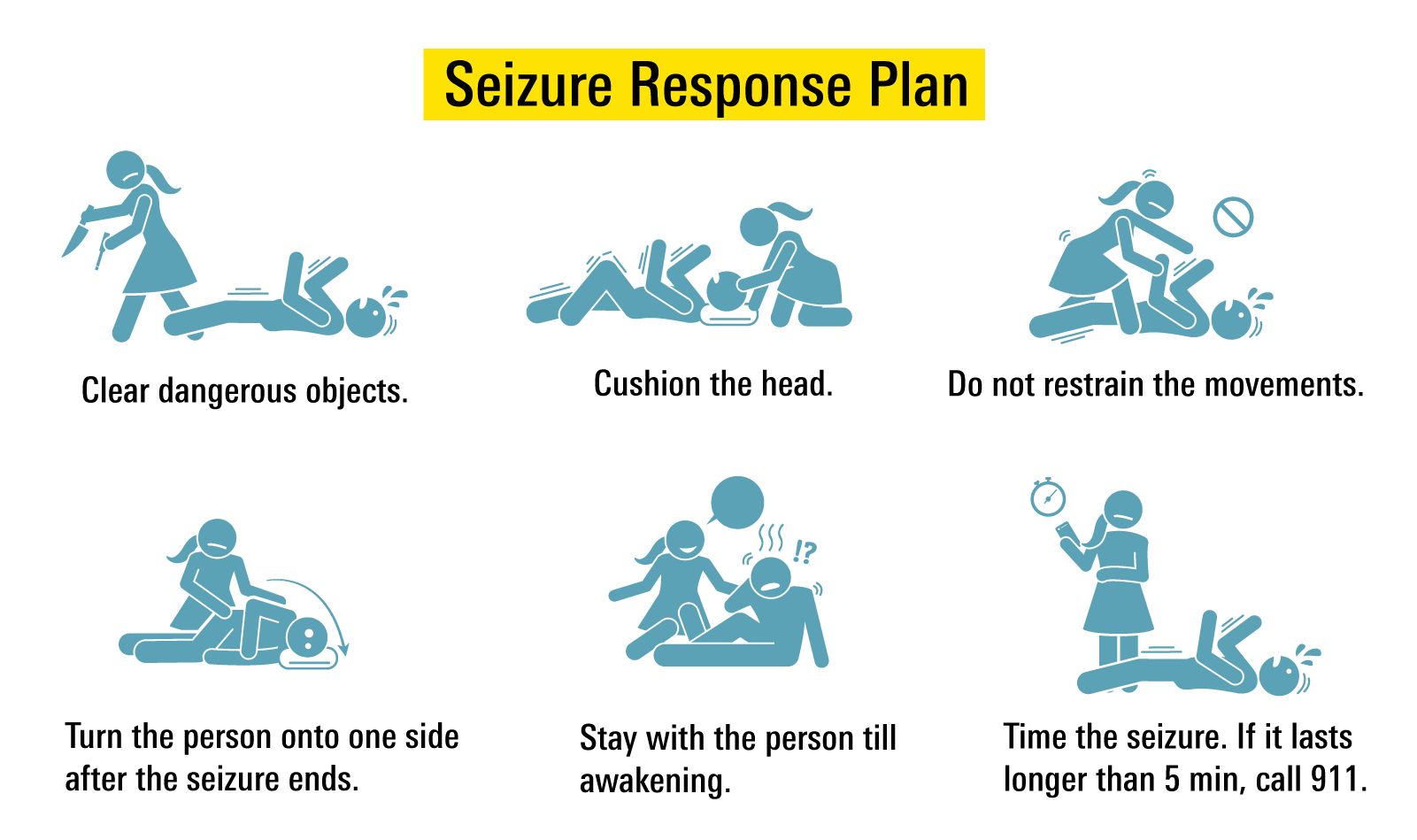 The goal of first aid for seizure is to keep the individual that’s experiencing the seizure safe until the seizure stops naturally. The majority of seizures last between 30 seconds and 2 minutes.

The majority of seizure disorders are treatable with medicine, yet seizure control can still have a big influence on your everyday life. The good news is that you may talk with your doctor to find a balance between medication side effects and seizure management.

Talk to your healthcare provider and send your prescription to Marley Drug. Save up to 95% compared to your local pharmacy by using Marley Drug.

What Does Sleep Have to Do with Epilepsy?