Shelby holds a bachelors degree in biology with a minor in microbiology. Shelby is passionate about communicating health and scientific knowledge to the larger public.
May 5, 2022

Depression is classified as a mood disorder that may be described as feelings of loss, anger or sadness that interfere with one’s everyday activates. An estimated 1 in 15 adults (6.7%) experience depression in a given year.

On average, depression first appears during the late teens to mid-20s, although it can occur at any time. It has been shown that one-third of women will experience a major depressive episode at least once in their lifetime. There is also a high degree of heritability (approx. 40%) when immediate relatives such as parents or siblings have depression.

Depression can appear in many different forms and usually depends on each individual person. They can vary in how often they appear, the severity of the symptoms, as well as how long these feelings last for. If you have experienced some of the following signs and symptoms nearly everyday for at least 2 weeks, you may be living with depression: 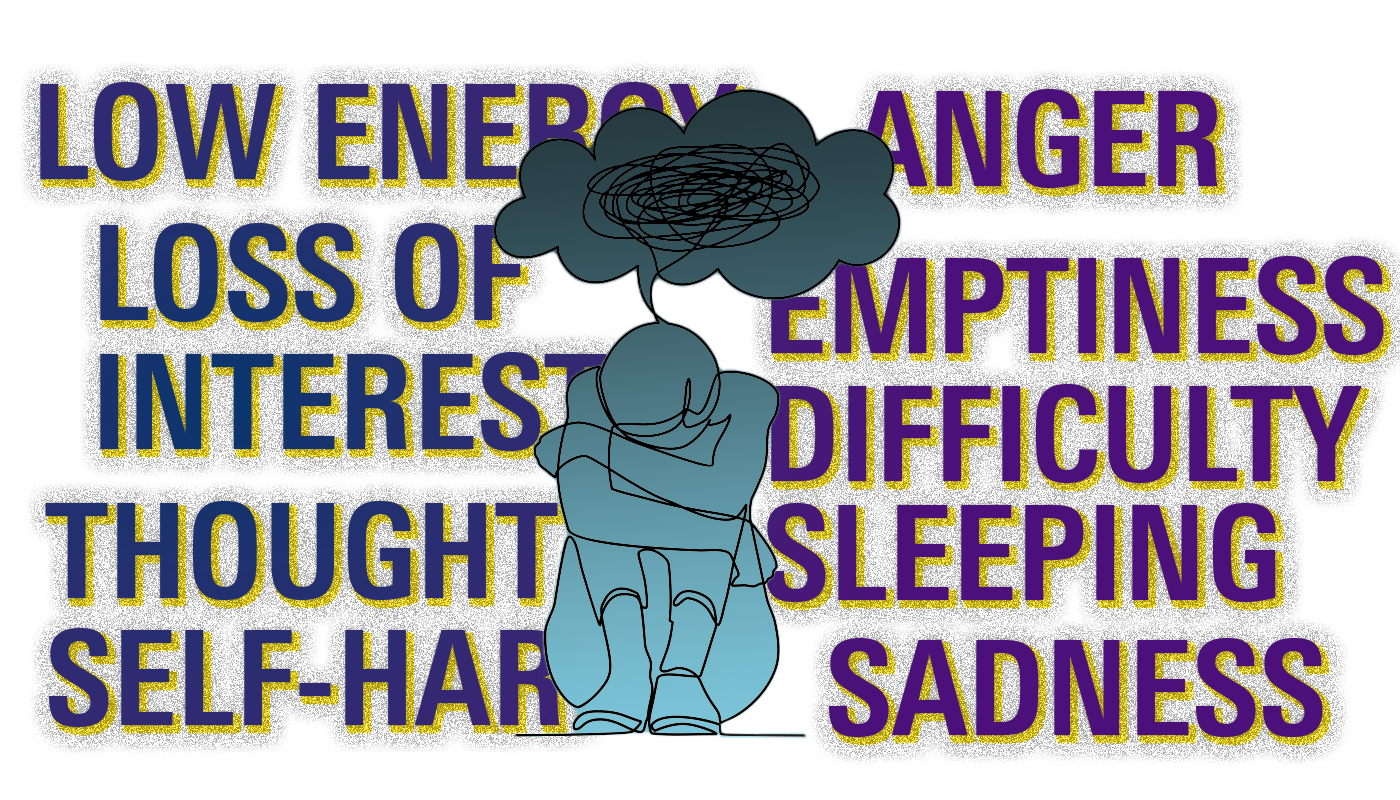 There are many factors that can affect one’s risk of developing depression. These can be biochemical, medical, social, genetic or circumstantial in nature. Some common risk factors include:

There are 2 major types of depression that differ by symptom severity and persistence.

Major depressive disorder (MDD): This is the more severe form of depression and is characterized by persistent feelings of sadness, hopelessness and worthlessness that will not go away on their own. In order to diagnose someone with clinical depression they must experience 5 or more of the following symptoms over a 2-week period:

Persistent depressive disorder (PDD): This is a milder form of depression but it is more chronic. In order to be diagnosed with this disorder your symptoms must be present for at least 2 years. Since these symptoms last longer than MDD, it can have a larger impact on your life. It is very common for people with PDD to lose interest in normal daily activities, feel hopeless, have low self-esteem and lack productivity.

Along with other treatments such as psychotherapy (talking to a therapist), medications are often prescribed to help alleviate some of the symptoms associated with depression. These include:

Selective serotonin reuptake inhibitors (SSRIs): These are the most commonly prescribed antidepressants because they tend to have fewer side effects. They treat depression by increasing the availability of the neurotransmitter serotonin (happiness chemical). SSRIs include citalopram (Celexa), escitalopram (Lexapro), fluoxetine (Prozac), paroxetine (Paxil) and sertraline (Zoloft).

Serotonin-norepinephrine reuptake inhibitors (SNRIs): These treat depression by increasing the amount of the neurotransmitter’s serotonin and norepinephrine in your brain. SNRIs include duloxetine (Cymbalta), desvenlafaxine (Khedezla) and venlafaxine (Effexor XR).

Tricyclic and tetracyclic antidepressants: Both of these treat depression by increasing the amount of the neurotransmitter’s serotonin and norepinephrine in the brain. These can be very effective but tend to cause more severe side effects so they are generally not prescribed unless you’ve tried an SSRI first. Medications in this category include amitriptyline (Amitid), mirtazapine (Remeron) and nortriptyline (Pamelor).

Atypical antidepressant: These medications don’t fit into any of the other categories of antidepressants but they treat depression in a similar manner. These include bupropion (Wellbutrin) and trazodone (Desyrel).

When to see a doctor

Depression is a highly stigmatized disease that a lot of people do not seek treatment for, in fact, 1 in 6 people (16.6%) will experience it in their lifetime. Depression has a variety of symptoms that affect each individual differently.

Already taking one of these medications?

If you have already received help and are taking any of the medications listed above, check out our website!


Data in this article was informed by: